Supporting local is important now more than ever. As more folks are wanting to educate themselves on where their food comes from, we are seeing more ways of supporting our farmers crop up – and York Region is no different thanks to York Farm Fresh!

What is York Farm Fresh exactly? This association helps connect customers in the community to local food, beverages and products from local farms and farmers markets right in York Region. Run by a board of volunteer members since 2017, they are here to connect people like you and me to local food sources, farm gates and farm experiences close to home. The fine folks at York Farm Fresh are farmers themselves or those committed to promoting local farming because without farmers, there would be no food. And with over 5.7 million people in the GTA alone… that’s a lot of mouths to feed!

We all deserve to enjoy top quality produce, meats and goods so what better way to do just that than by going right to the source? Not only are we protecting valuable farm land by supporting these hard working families but many stops offer additional activities that make it a fantastic outing for the whole family!

Every year, York Farm Fresh releases a Guide Map outlining all of the participating farms. You can grab yours either in print from a participating stop, online on their website or even through their mobile app! What’s even better is that the Guide Map is now offered in seven different languages – simplified Chinese, traditional Chinese, French, Persian, Russian, Tamil and Urdu. York Region is certainly multicultural and York Farm Fresh is thrilled to reflect that by offering these languages so that newcomers to Canada can experience all of the fresh farm eats and treats the area has to offer.

This year, their Passport to Fresh program offers six routes each with unique stops throughout York Region. Route A is situated in Vaughan as you meander the rolling hills of Nobleton in King Township. Route B will take travellers from King City to “Ontario’s Bread Basket” aka the Holland Marsh. Beginning in Markham, Route C winds through Whitchurch-Stouffville to the fetching fields of East Gwillimbury and Newmarket. Route D starts in East Willimbury’s Mount Albert and heads north through Georgina to the shore of Lake Simcoe. With Route E, you’ll get a little taste of neighbouring Durham Region as the route takes you east of Mount Albert. Last but certainly not least, Route F is located just north of Toronto’s Steeles Avenue as you travel through the fertile farmlands of Whitchurch-Stouffville.

The best part is that these routes require less than an hour of driving time to visit all the stops, making it a delicious day trip or the perfect way to spend an afternoon in York Region! Be sure to keep your eyes peeled for the 70+ wayfinding signs across the region to help you get to your York Farm Fresh destinations.

Here’s a list of each of the participating stops sorted by route to help you plan your York Farm Fresh adventure!

As for what’s coming down the pipeline, York Farm Fresh is planning on releasing a new and improved version of the app next year with increased search capabilities to make it more user friendly. Be sure to follow along on Facebook, Twitter and/or Instagram for more details and to stay up to date on what produce is in season! 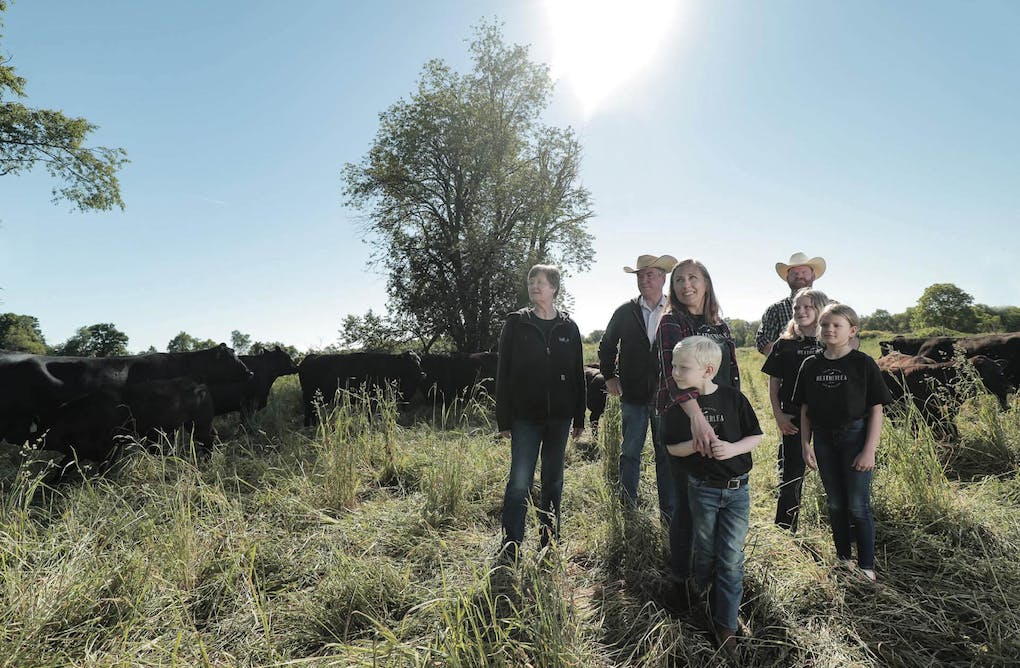 The McArthur’s are committed to showcasing the products of area farmers & artisans and always exploring new ways of bringing the farm to your table. The Great Taste of Ontario

Take a break from your everyday routine and join us for a fresh change of scenery, hyper-local food and drink and a taste of life outside your ordinary! #visitYDH