Revelling in Ontario’s History at the Cannington Historical Museum

In the late 1800s, Cannington was one of Ontario’s most important hubs of transportation and commerce.

It was wheat country, and the Toronto and Nipissing Railway Company constructed a line that ran from the distillery district in Toronto through Cannington to Coboconk to ship goods south to the big city. Passenger service was introduced after the Grand Trunk Railway took over the line in 1884 and it continued until 1962.

A short drive northeast of Toronto in Durham Region, the Cannington Historical Society’s Museum preserves and celebrates the region’s remarkable history. The museum was established in 1978 and is located in MacLeod Park in Cannington, a community in Brock Township. It features restored heritage buildings as well as the former Cannington Railway Station and a caboose (known as a ‘van’ in British railway lingo).

Nearby on Laidlaw Street sits the original Blacksmith and Carriage Shop. Erected in 1875, travellers and businesspeople would board their horses and have them fitted with horseshoes while staying up the street at a luxurious hotel. The hotel is gone, and automobiles long ago replaced horses and buggies, but the Blacksmith Shop remains as an essential reminder of how Ontarians once traversed the province. It also serves today as the Cannington Historical Society’s headquarters.

“Cannington’s heyday was in the 1880s and 1890s. Back then, this place just boomed,” explains Ted Foster, President of the not-for-profit Cannington Historical Society. “The construction of the railway and the crops that were grown by farmers in the region is what fuelled its success.

“We had five mills and three dams in this area. That’s where Cannington’s roots came from … from here to Agincourt it was grain and wheat country. Cannington was one of the big spots along the way. It was a prosperous community. All the merchants came to town to get their grain processed here, put it on the trains, and it was shipped elsewhere.”

But travelling by horse and carriage was still commonplace at the time. In those days, the Blacksmith Shop employed seven people to cater to the town’s visitors including two blacksmiths, a farrier, a caretaker, a wheelwright and two carpenters.

Walking through the Blacksmith Shop is a trip back in time. It houses a working forge, anvil, tools of the farrier trade, and a few horse carriages on display. Visitors get a genuine feel for what was involved with creating horseshoes and repairing carriages and cutters (what Canadians would call a sleigh).

“The Cannington Historical Society is the result of the creation of the Region of Durham. Our mission is to preserve the heritage of this area,” Foster says. “Cannington is a reflection of Ontario’s history, and Cannington’s past is fundamental to the history of Upper Canada.

“The Blacksmith Shop is part of the industrial revolution that came along.”

“A lot of the original landowners in this community were British soldiers who fought in the war against the Americans. After the war, they sold their lands and returned home to England,” he says. “John Brandon and George Francis were two of the first pioneers in town who bought properties and built log cabins and houses in which to raise their families. It was very much a subsistence life.”

Outside the railway station sits a caboose the Historical Society purchased from CN after they were declared obsolete in 1989. Cabooses were used primarily on freight trains and served as the conductor’s office and a place where railway crews could cook, eat, and sleep.

“Cannington was very much a railway town,” Foster says. “When we bought the caboose from CN, and they found out a historical society purchased it, they filled it with stuff, including old tools, lanterns, and other memorabilia.”

Inside the station is an impressive collection of railway artefacts and communication equipment including a telegraph machine, on which an operator using Morse code could send and receive electronic messages.

“Back in the 1940s, local men would gather in the station in the evenings to hear the telegraph operator read out the score of the Maple Leafs hockey games as they were transmitted in Morse code,” he adds. “This building served as a social gathering place and postal office as well as a train station.”

In addition to welcoming curious visitors, the Society works with local elementary and high schools to provide students with a peek into the past to learn about what life was like as a pioneer in the region. It’s what Foster calls the perfect “daycation” destination for people living anywhere from Toronto to Barrie who want to know more about the province’s history.

The Cannington Historical Society’s upcoming events include a cultural day celebration at the Blacksmith Shop on September 28, a presentation on the history of Brock Township’s dairy farms on October 20 and a Remembrance Day event on November 10 at the Legion honouring the local Nursing Sisters Service during World War One, as well as the Society’s annual Christmas family dinner and social on December 1 at nearby Manilla Hall. 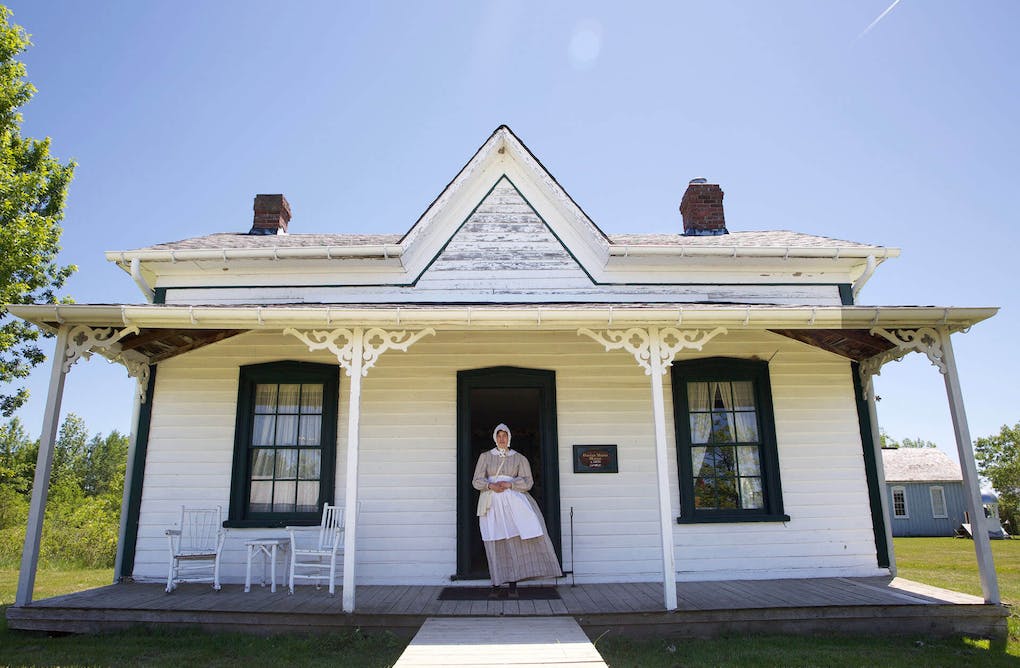