We’ve got three apple farmers here to tell you all about what varieties they grow, what you can do with them, and how wonderful they are when they’re picked at the peak of their freshness.

The long, hot days of summer are over and fall is arriving with its cheerful, vibrant colours. As everyone knows, fall in York Durham Headwaters is harvest time. All over our region, our pick-your-own apple orchards are in full swing for visitors eager to have some fun outdoors with a wholesome activity: picking apples that will go into pies and desserts, be made into preserves and jellies, or that will be eaten fresh from the tree.

Hold on a minute… did you just say that you’ve never tasted an apple fresh from the tree? You don’t know what you’re missing! Apples from the tree are so different than what’s available in the grocery store. There are so many varieties to choose from that either can’t be found in the supermarket, or that are difficult to find. Even for those varieties that can be found in the store, they don’t taste anything like they taste when they’re fresh from the orchard.

Don’t believe us? We’ve got three apple farmers here to tell you all about what varieties they grow, what you can do with them, and how wonderful they are when they’re picked at the peak of their freshness.

This pick-your-own farm in York Region has been in the Passafiume family for nearly 50 years, and now has three generations of family working the land. What began as one of the first pick-your-own strawberry and apple operations in Stouffville now includes 32 acres of apples and over five acres of strawberries.

“We have over twelve different varieties on the farm,” says Applewood’s Connor Miller. “They’re all a little bit different. Some are for baking, some are for eating, some are sour and some are sweet. We encourage people to try the different varieties, because everyone has a different idea of what they enjoy.” Currently, Applewood is offering Cortland and McIntosh, and has just finished with the Ginger Gold crop. In the coming weeks, the fan favourite Gala will be ready, and after that, there will be Ambrosias. Connor adds, “That is a variety which people aren’t necessarily familiar with, but it’s my personal favourite.”

And then there is the infamous Honeycrisp. “That is a big weekend for us,” Connor laughs. “We have over ten acres of honeycrisp on the farm, which takes up about a third of the acreage.”

While Connor does admit that most of the varieties grown at Applewood can be found in the grocery store, what you taste in the store will never be the same as what you will have off the tree. “There is a massive difference,” he asserts. “People don’t see what an apple is supposed to taste like until they eat it off the tree. It’s the big thing between farm and table, the flavour that you’re losing.”

This Headwaters Region family farm is owned and operated by Greg Downey, a 7th generation farmer. He is also the 3rd generation of Downey on Downey’s Strawberry and Apple farm, so it’s safe to say that apples are in his blood.

“We grow 25 different kinds of apples,” says Greg’s wife, Melissa Downey. “Right now, we have McIntosh and Gala available. We don’t have all 25 varieties available at the same time. Sometimes you will see that in other markets, and that is because they bring their stuff in, so they will always have certain kinds. But we only feature what we grow, and we sell it directly from the field.”

At Downey’s, you will see heritage varieties such as Russet and Wealthy, which have fallen out of style in recent decades thanks to grocery store supply-and-demand. But there are also newer, more trendy varieties such as Ginger Gold, Ambrosia and Honeycrisp. Some of the varieties that Downey’s grows aren’t as well known, such as Tolman Sweet, and others go by different names in the orchard than they would in the grocery store—for example, Mutsu is often known as Crispin in the store.

For people who want to try different varieties, Downey’s website offers guidance on the flavour of each variety: sweet, sour, tangy, mild, etc. “Generally, because they are picked from the farm, they are nice and crunchy,” Melissa says. “Gala is a common apple for children’s lunch boxes because it grows smaller in size and is sweet. But it’s also a really good apple for making into sauces or to blend into a soup because it cooks down really quickly.” Cortland and Spy, on the other hand, are firm and tart, and are the traditional types of apples that people bake into pies. For salads, try Ginger Gold and Ambrosia to add a crisp, sweet contrast to your veggies and dressing.

In Durham Region, Archibald Orchards and Winery is a local favourite. The orchard has been in farmer Fred Archibald’s family since 1968, with pick-your-own apples opening to the public in 1983. The winery was added to the operation in 1997, with eight wines on the original list. Today, there are 20 varieties of farm-crafted wines and ciders for all to enjoy.

This year, Archibald’s started the season off with an apple called Silken. “You probably haven’t heard of it, and you probably will never find it in the grocery store,” Fred says. “It’s a yellow-green apple with a fairly thin skin. If it was packed and shipped and run over a packing line and put on the store shelf, it would probably look like a bag full of bruises.” Cortland is another variety grown at Archibald’s, and while it is not as exotic and rare as the Silken, it is still often hard to find on store shelves.

“The way it works in the grocery stores is that they only have so much shelf space to dedicate to apples,” Fred explains. “Everybody knows that they have to have Gala, and they want to have Empire and they want to have Honeycrisp. There is only so much room, and the range is limited.” Of course, you will find Gala and Honeycrisp at Archibald’s (“Almost half our farm is planted in Honeycrisp now,” Fred states) and what you taste from the tree will never taste like the grocery store version you buy year-round.

This year, Archibald’s is offering a new late-season apple that most people won’t know. “It’s called Wild Pink,” Fred says. “It’s related to the Pink Lady apple that you will sometimes see in the grocery store, but this is a special strain that has been developed to grow in our climate. They look very promising, and it’s nice to have something that’s new and different.”

You will never taste an apple as juicy, crisp and flavourful as the one that comes directly off the tree at the peak of its ripeness. Now is the time to get out to your favourite pick-your-own orchard and enjoy the seasonal flavour of our favourite fruit. Enjoy the day, enjoy the flavours, and enjoy the memories you are sure to make with this time-honoured fall tradition! 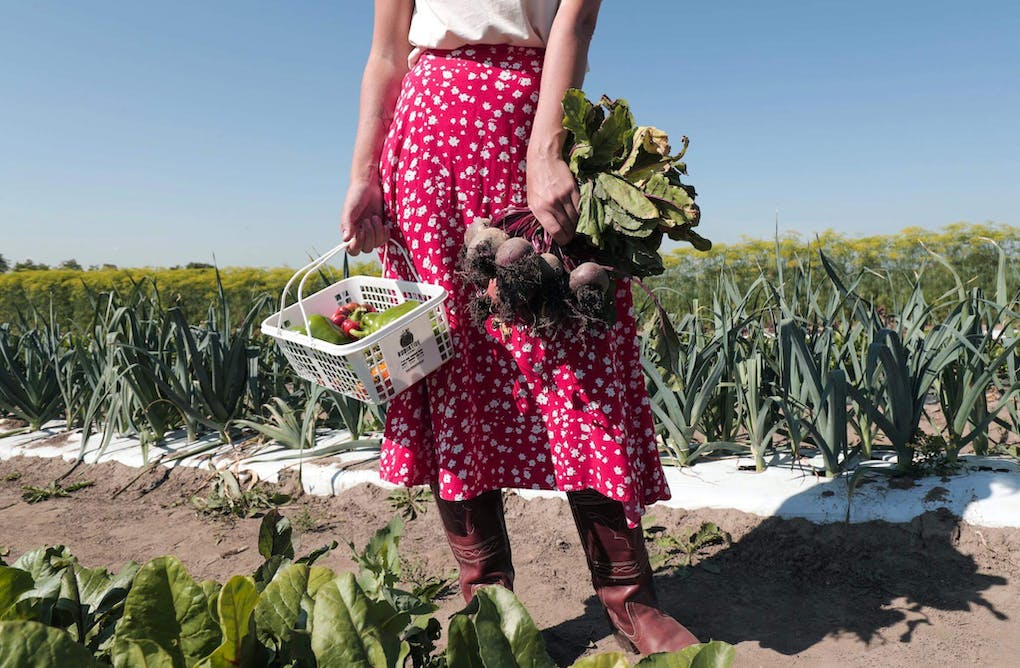 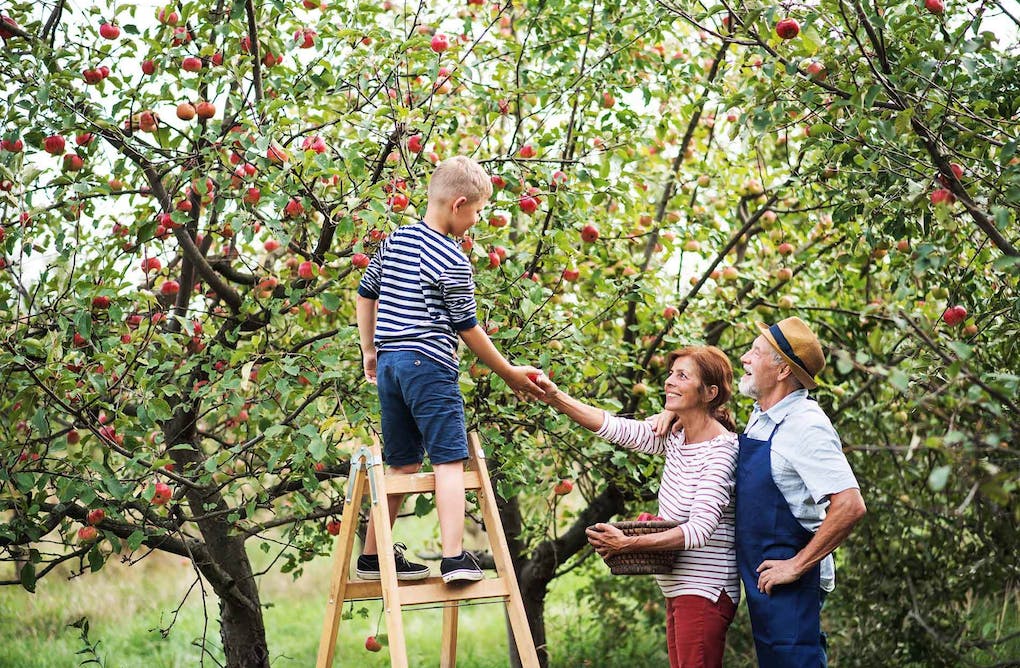