Golf: The Game of a New Generation

Professional golfers today like Tiger Woods enjoy the same sports-idol status as baseball, basketball, and hockey stars. Perhaps that is why the game appeals to people of all ages and from all walks, as well as to families seeking a healthy group activity outdoors.

The Shelburne Golf and Country Club is one of Ontario’s premier golf destinations. Originally built as a six-hole course in 1961, the professionally designed course has hosted numerous national tours and tournaments. It also offers one of the best practice facilities in Southern Ontario, including a 10,000 square-foot putting and chipping green with practice bunker, and a one-third-acre grassed tee area with six target greens.

“We’re a family-run golf course,” says owner Sam Young. “My wife is here. I run the pro shop and the programs, my daughter runs the clubhouse, and my son is the superintendent. That’s a pretty good family business.”

If you’re not familiar with the golf world and don’t know the name Sam Young, he has quite the pedigree. Young was president of the Professional Golf Association of Canada for two years. He was recognized as the PGA of Canada’s Junior Leader of the Year in 2002, was inducted into the Ontario Golf Hall of Fame in 2011, and was awarded the Queen’s Diamond Jubilee Medal in 2012 for his significant contributions and achievements. Today he is a PGA of Canada “Class A” golf professional. Despite all of the recognition, however, he is a humble and genuine man who loves to play golf.

“I’m 77 years old, going on 57,” he says with a smile. “That’s what golf can do for you. It’s a healthy sport. You’re outdoors, there’s the camaraderie with people, you can play golf all your life, and you can play anywhere. I’ve played from Portugal to the west coast of the United States and everywhere in between.”

He is particularly enthusiastic about the benefits that golf offers to children and runs junior camps at his club that are specifically designed for kids from ages 7 to 14. In his opinion, golf is one of the best activities out there for kids.

“It’s a personal sport, which gives it an advantage over other activities,” he says. “You don’t have to share the ball with anyone, and you have to learn to rely on yourself. Also, there aren’t the same kinds of injuries you see with other sports such as concussions and broken bones.”

Currently, there are over 50 kids registered in Young’s junior programs that he teaches, and he has a proven track record of success as a youth instructor. One of his students is on the Ladies Professional Golf Association Tour. Two of his former students have participated in the PGA Tour of Canada, and one has participated in the PGA European Tour. On top of these remarkable achievements, 25 of his former students received golfing scholarships over the years to American colleges.

Golf has become a more physical sport than it was in the past. Today, professional golfers are stronger, fitter, and better than their predecessors. As a result, they are backed by hefty endorsement deals. The kids are not just taking notice; they’re trying to emulate their heroes.

“Ever since Tiger Woods came on the scene, everything changed,” Young says. “The kids are getting better because of it. I’ve got some fifteen-year-old girls (golf students) who can really hit the ball. These girls are way different than their mothers and their grandmothers. It’s fascinating to see how the game is evolving.”

It’s not just the physical aspect of golf that he finds beneficial, but also the mental. He regularly attends international seminars on which the mental side of the game is discussed.

“I always say that golf is the solution to video games,” he laughs. “It requires concentration and patience, and a lot of mental fortitude.”

In late August, Shelburne Golf and Country Club will host the Humber Cup – Ontario Junior Tours Team Championships of the 2019 Hamilton Halton Junior Golf Tour. “We will have 100 kids from all over the province here,” he boasts. “They’re all playing at my place.”

If you’ve never played golf, give it a try. Spending a day on the green in the sunshine is an experience unto itself and you may get hooked. Hopefully, your swing won’t be. 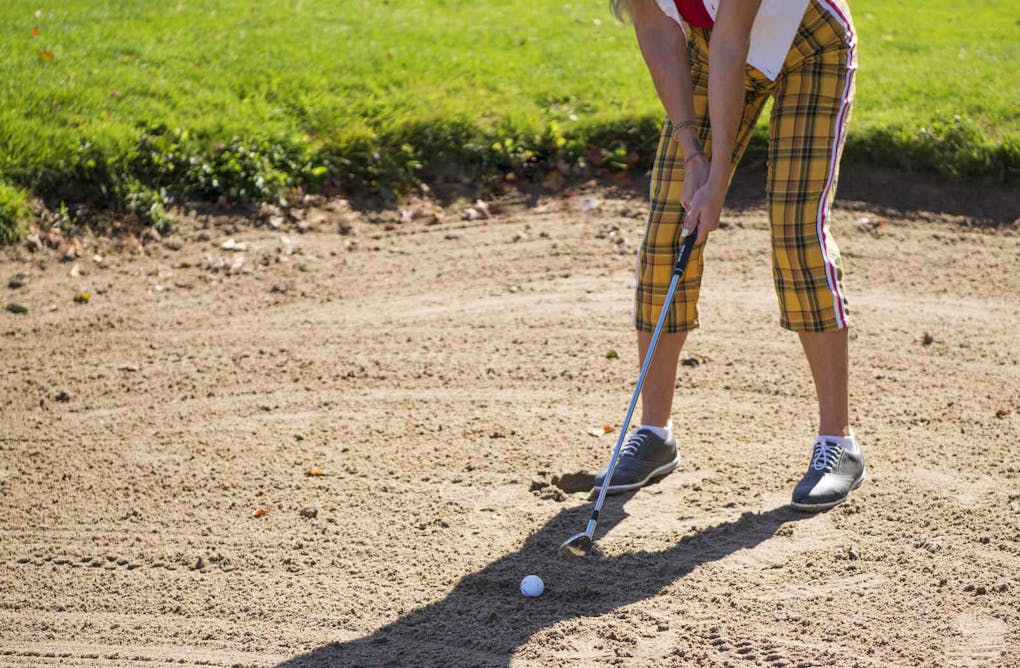 A Day of Golf at Hockley Valley Resort

This 18-hole championship golf course is certainly challenging, but the gorgeous scenery must not be missed.