Croissants, pain au chocolate, viennoiserie, handcrafted breads—Bistro DuPain is the essence of Paris in the heart of Erin.

Paris is the city of lights. It is the city of love. It is sublime. It is… in Headwaters? Yes, you read that correctly. You don’t have to travel across the Atlantic Ocean to experience your own little slice of Paris. At Bistro DuPain, you will find a traditional French bakery making authentic French favourites. Croissants, pain au chocolate, viennoiserie, handcrafted breads—Bistro DuPain is the essence of Paris in the heart of Erin.

“We serve all the stuff for an early morning with a coffee that you would find in France,” says owner Alan Le Louedec. “When you go to Paris, or you see a picture of Paris, you see a coffee with a croissant, you know? It’s nice, it’s tasty, and it’s not too sweet.” This, he points out, is what makes the delicacies of a French café stand apart from the standard North American coffee shop fare we’re all used to: the sweetness.  The chain shops here offer cakey, sugary grab-n-go items. Bistro DuPain is something else entirely. It is nothing less than elegance in pastry form.

Alan and his wife Gaelle Thollet, who originally hail from France (you can’t get more authentic than that!), opened Bistro DuPain a little more than a year ago. Prior to opening their bistro, Gaelle owned and operated a food trailer which offered French items like crepes and galette (a pastry similar to a tart or pie). Having a food trailer meant being mobile, which allowed Gaelle to test out different communities and reach wider audiences. The venture was a success, and customers showed such enthusiasm that Alan suggested the couple take the next step and open a bakery.

Upon doing so, however, Alan never thought that customers would flock to them as quickly as they did. “We were not expecting them to be willing to try it right away,” he admits. “We thought maybe we would attract customers who like to travel a lot. But it turned out that older and more established residents of Erin were interested in coming right away, and have kept coming back. We were surprised at how quickly we were embraced by the community.”

The couple credits the success of their bakery to the quality of their product. All of the bread served is made fresh each day, and everything is made onsite. Alan mostly does the bread, and Gaelle generally takes care of the wonderful pastries and baking. That’s not just flour and sugar and preserves you’re tasting; it’s heart.

And then, of course, there is the butter—a quintessentially French ingredient that is just as beloved on this continent, too. “Canadians love their butter,” Alan laughs.

Both Alan and Gaelle trained in France. When they decided to open up their bakery, Alan travelled to his home country to obtain a degree from a school for baking, and to work with bakeries in France to learn the trade. He has also worked in bakeries in Toronto, adapting and blending what he has learned. Gaelle’s French training has focused on delicate items like the crepes and galette she makes for us here in YDH. The techniques are therefore as authentic as one can get.

Make no mistake, though: the life of a bakery owner is not a cake-walk (pardon the pun). It’s hard graft to make products this delicious and timeless. Alan’s day starts at 3 a.m.—earlier when days are expected to be busier like weekends and holidays. “You need to wake up early and you need to work,” he states. “For the bread and the croissants, it’s an intensive, manual job. It’s a lot of flour to knead, and they’re not easy to move around, those bags of flour.”

For the cakes and pastries, Alan explains that these items require someone who is more patient, who will take the time to follow the recipe precisely. He says, “It’s two different jobs, the person who does the cakes and the person who does the bread. With the bread you need to go forward and go fast, while with the cake, you need to be quiet and take your time. But I think we go in the right direction for both parts.” Once Alan’s morning is done with preparing the dough for the bread, Gaelle sets to work on the cakes and pastries while the bread dough rests. The effortless essence of this Paris-inspired bistro is founded on efficiency, skill, and a hearty dose of elbow grease.

But all that hard work has resulted in a positive response from the community, which has thrilled the couple immensely. “When you open a business, on the one hand you are happy to be able to pay your bills,” Alan says. “But on the other, we are happy to share something. When people tell us that we are part of their errand—like when they’re walking their dog or they’re out at the grocery store and they stop in to see us and get a cake because ‘it’s lovely’—that means so much to us.”

Of course, with the pandemic, Alan and Gaelle have not been able to open up their bakery to the public the way they’ve wanted to. But with restrictions beginning to loosen, they are looking forward to welcoming customers through their door for a true French café experience. “It’s nice in the morning when people get a coffee with a croissant and they sit and talk,” Alan says. “When you open this kind of place, you want people to enjoy it. When you want a fast meal, you go for fast food. But when you come here, you enjoy friendship and conversation. You get to enjoy something different, and if you’re happy with your experience, you come back. That makes us happy.” 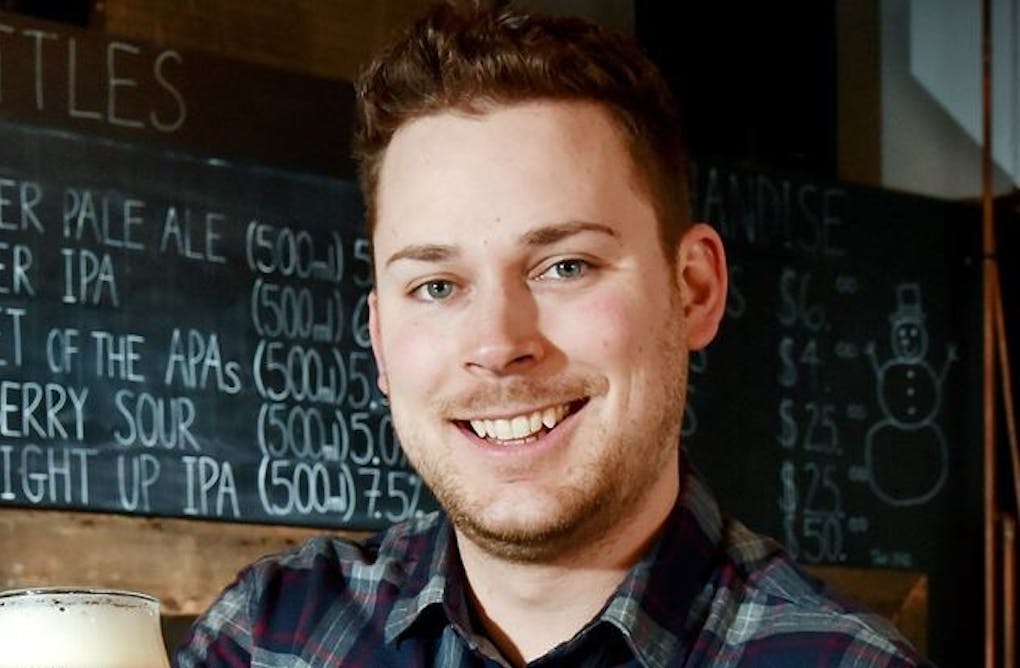 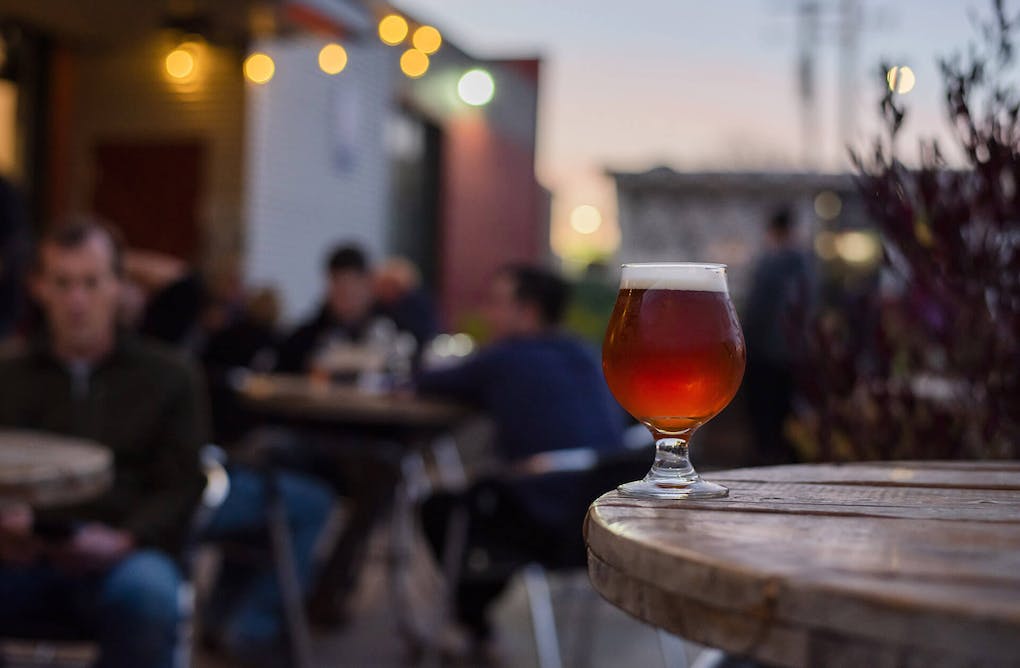 See for yourself why Craft Kitchen & Beer Bar’s catchphrase is “A safe place to drink an Aperol Spritz.”