Education for all ages is what’s on at the David Dunlap Observatory, and there is lots to learn both about astronomy and about the history.

Did you know that the largest telescope in Canada is right here in York Durham Headwaters? That’s right, Richmond Hill in York Region is home to the David Dunlap Observatory, an institution which for almost a century was at the forefront of Canadian astronomical research. It was at the DDO where several important studies took place. The first direct evidence that Cygnus X-1 was a black hole was provided by the observatory. It also pioneered measurements of the distance to globular clusters and discovered that Polaris was stabilizing.

If you don’t know much about astronomy… trust us: those are huge achievements! Today, the David Dunlap Observatory is a centre for education and public outreach which facilitates heritage preservation initiatives, provides fascinating and unique recreational opportunities for all ages, and celebrates the observatory’s astronomical history.

Let’s talk about the telescope, the most important part of the observatory, the one piece of machinery without which the cosmos could not be viewed from the safety of our humble planet. This is not your ordinary telescope perched on its tripod stand in your bedroom window. This baby is a whopping 1.9 metres—at the time it was commissioned in the 1930s, it was the second-largest telescope in the world! The rotating copper Telescope Dome, which is arguably the most iconic part of the observatory, weighs 80 tons, and is 18.6 metres. The mirror is what enables the telescope to capture the images from outer space. At 1.9 metres, this piece of the telescope was cast in Pyrex glass. Yep, that’s the same stuff your microwavable dishware is made of. Cool, huh? All of this was completed by May of 1935, and the grand opening of the David Dunlap Observatory was a significant event for our Richmond Hill predecessors.

Maggie Mackenzie, Heritage Services Coordinator for the City of Richmond Hill says, “To give you the size of this scope—it’s hard to visualize [1.9 metres] just hearing it. But the telescope weighs 23 tonnes. Half of that is the scope itself, and the other half is the counterweight to support that scope. The mirror alone weighs two tonnes. It’s a huge beast of a machine.”

The fate of the observatory was put in jeopardy when, in 2008, the University of Toronto (which owned the property and operated the observatory) sold it to developers. Thankfully, various volunteer- and citizen-led community groups stepped in to campaign for the DDO’s preservation. In 2009, the building became designated under the Ontario Heritage Act, and ten years later, it was designated a National Historic Site. Also, the developers who owned the surrounding land gave over half of the original property back to the City of Richmond Hill. Today, the public can continue to benefit from all that this unique attraction has to offer.

Programs at the DDO

Education for all ages is what’s on at the David Dunlap Observatory, and there is lots to learn both about astronomy and about the history of the observatory. Check out these programs on now:

Virtual Astronomy Programs – Geared towards families, children and teens, these programs are designed to engage your kids and encourage them to explore the universe, both for spring break entertainment and year-round learning. The observatory is currently closed because of COVID-19, but there are still plenty of hands-on activities, virtual tours and demonstrations that showcase the amazing wonders of space science and technology.

Wayback Wednesday Virtual Presentation – Before its landmark opening on May 31, 1935, the land on which the observatory sits was once a family farm. Join the DDO and the Richmond Hill Heritage Services for a virtual presentation about the Marsh family who played an instrumental role in the development of the property, and learn about the history of how this farm became the David Dunlap Observatory.

In-Person Programs – Because the DDO is currently closed due to COVID-19, regular programs are unfortunately suspended. However, keep these programs in mind, which the observatory offers on-site when able. Join Heritage Services for the 55+ DDO History Presentation and Tour, which is a sit-down visual presentation on the history of the land and the architectural features of the Beaux-Art style Administration Building followed by a tour of the building itself. Or explore the Administration Building in greater detail with the DDO Administration Building Historical Tours. For groups of stargazers and science enthusiasts, there are booking opportunities for general interest groups, youth services groups and school groups.

To preserve the legacy of Dr. Clarence Chant, “The Father of Canadian Astronomy” and the man to whom the DDO owes nearly its entire existence, a number of ongoing projects are being carried out that involve the observatory’s buildings and the grounds on which they sit. Forty hectares of land that was protected from development are now park space, which is being enhanced through the DDO Park Master Plan. The DDO Woodlot is also undergoing a restoration to maintain the health of this cherished forest area.

The exteriors of the Administration Building and the Observatory Dome are nearing completion of their revitalization and restoration as well. This took place throughout 2020 and is scheduled to be completed this spring. This revitalization is necessary to preserve the unique heritage features of these structures, which are so iconic to Richmond Hill. “It’s beautiful,” Maggie Mackenzie exclaims. “It’s a heavily ornamented classical style called Beaux-Arts. This building is gorgeous. You walk in there, and you just feel it.” The Recipe for a Perfect Rainy Spring Day in YDH

Let’s check out one of these fantastic indoor activities you can enjoy in YorkDurhamHeadwaters! 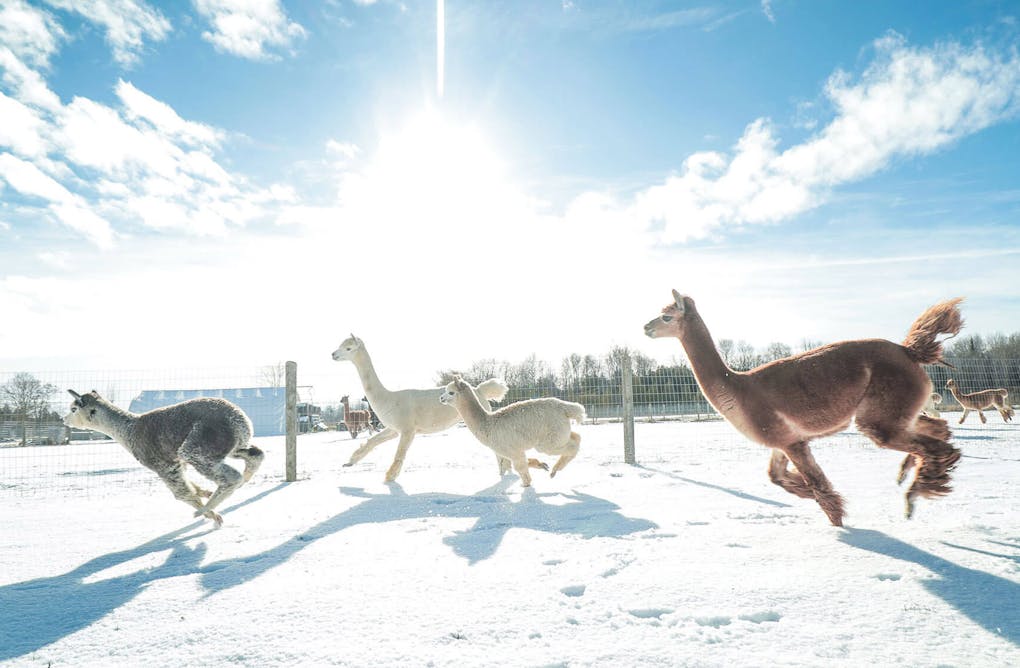