I’m always on the hunt for new, delicious ways to taste what Ontario has to offer – and there’s no shortage of delicious destinations in York, Durham, Headwaters to chose from. This season, as the mercury drops, I’m looking to discover ways to get cozy and indulge. This desire to treat myself to something special led me to Terre Rouge.

Tucked in next to a charming skating rink and carousel in Unionville, you’ll find Terre Rouge – a relatively new, contemporary French restaurant looking to bring high-end cuisine to York Region.

Executive Chef Forrest Lui has been at the helm since they opened last year. He brought with him an impressive pedigree, especially considering he’s only 28 years old.

Lui started his career in Shanghai under Michelin-star chef Jean Gorges Vongerichten. He’s since worked in some of Toronto’s most celebrated restaurants – including Canoe, Lee and One. At Terre Rouge, he’s flexing his muscles in the kitchen and finding ways to riff on his classic French training by adding local ingredients and a bit of Asian flare.

The first thing you notice when you enter their restaurant is the ambiance. It’s sleek, warm, and sophisticated. Diners have a choice between the lower dining hall where come winter, they can watch skaters practice their best moves on the skating rink next to the restaurant or they can head upstairs where the ambiance is moodier and more eclectic.

In the kitchen, Lui and his team keep things current by constantly pushing themselves to learn. They regularly stage at other, reputable restaurants both in Ontario and beyond. Next month, both he and his partner Karan Tsoi, who helps run their front of house, will be headed to New York to learn from some of the city’s top industry leaders.

On any night of the week, you can chose between their seasonally rotating menu, a prix fixe and a tasting menu. You can taste opulent dishes like the foie gras poutine with shaved truffles or the TR fried chicken which Lui says “took weeks to perfect. We ate nothing but fried chicken for a long time to get it just right!”

The tasting menu – with perfectly paired wines to match – is where Forrest Lui’s skills really get to shine. On my last visit, we got to indulge in the flakiest black cod glazed in sweet miso on a bed of spinach risotto. There was an icewine marinated foie gras torchon with smoked cream ‘snow’ and a perfectly seared duck breast from a duck farm just down the road. For dessert, a molten chocolate cake served alongside black sesame that had been frozen with liquid nitrogen and cracked like ice when mixed with the molten, dark chocolate.

Amidst all the flare and panache on his plates, you can taste a fundamental respect for food in Lui’s cooking. He works with his team to find the best ingredients he can – like Snake River Farms wagyu beef and heirloom carrots he sources through 100KM Foods. It’s efforts like this that earn Terre Rouge their Feast On Certification; a program that celebrates restaurants for their commitment to sourcing from Ontario farms.

Terre Rouge is open Monday to Friday for lunch and dinner, and weekends for dinner service starting at 5pm. Visit terrerougetoronto.com to book a table.

Agatha Podgorski loves good food and is more-than-willing to travel for it. For the last twelve years, she’s made a name for herself cooking, eating and writing about just that. Today, she is the Director of Community Engagement at the Culinary Tourism Alliance. 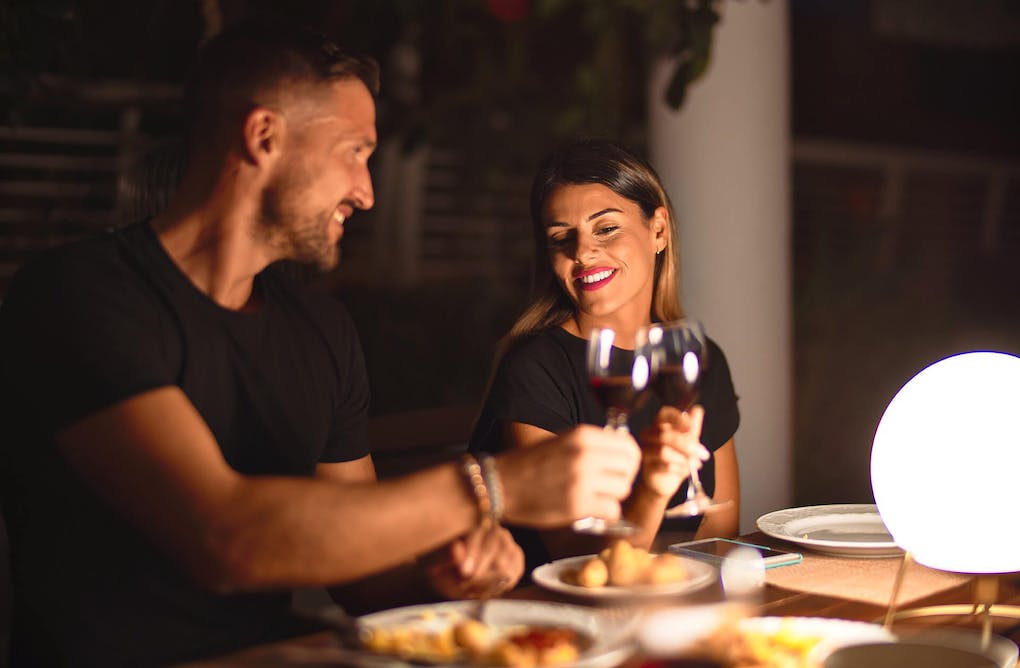