Orangeville has flourished into a fantastic getaway destination in the Headwaters Region. The city offers rural charm with its quaint downtown and surrounding rolling hills but big city quality in terms of restaurants, shopping – and theatre. You haven’t truly experienced the town unless you’ve been to a Theatre Orangeville performance and their upcoming show is one you won’t want to miss!

The masterminds that brought you True Confessions from the Ninth Concession are back with a second instalment that’s guaranteed to be even better than the original. If you had the pleasure of enjoying the original show back in 2018, then you’ll be well-versed in the humour and personality brought to the stage by Dan Needles (author of the Wingfield Farm stage comedies) and Ian Bell (CBC’s Vinyl Café). If you weren’t able to see the first instalment, fear not, that just means this show will be even more of a treat! Plus, you can always prepare by picking up a copy of Needles’ paperback of the same title.

While you might be expecting a play, this stage show is more of a story. Four years ago, these two shared anecdotes and tales from their early years in the Headwaters Region. Farmers have a distinct way of seeing the world and this was part of the inspiration for the original show where they captivated the audience with their charming views. This year with More Confessions from the Ninth Concession, the dynamic duo is bringing you this same style of performance but from a more educational angle.

Dan and Ian are giving you insider information (maybe even a little too much at times) in case you’re contemplating braving the unique urban/rural setting you’ll find in the Headwaters Region. Don’t be scared, as their goal is to make sure that anybody who’s thinking of coming can blend in as best as they can. From tractors on loan to broadband troubles, you’ll leave Theatre Orangeville feeling prepared to tackle whatever obstacles are thrown your way thanks to your on-stage experts.

It’s through their spirited style of storytelling that you’ll get a true taste of the camaraderie and culture found here. David Nairn, Artistic Director for Theatre Orangeville, says it best:

“There is something in the water of Headwaters that somehow seems to spawn all of this creativity and attract great musicians, great writers and all of that to the community… it’s one of those kind of magical places in the world that creativity just seems to spring from.”

Theatre Orangeville is the only fully professional theatre company in York Durham Headwaters but they’re still a “community theatre” in that they firmly believe they would be nothing without the support of the community within Headwaters – and that’s what More Confessions from the Ninth Concession looks to share. It won’t take long for the audience to understand why this area is so special as the show unfolds.

Tickets are already available for More Confessions from the Ninth Concession and it won’t come as a surprise when they sell out. Catch the premiere Wednesday, March 23rd at 8:00 pm or one of their performances Wednesdays through Sundays until April 10th. You can find a full list of the showtimes here.

In order to protect their unmasked artists as well as their patrons, Theatre Orangeville is continuing to require proof of vaccination in order to attend in-person and enforcing their masking policy. Capacity is not yet at 100% but please visit their website for the most up to date information. If you’re unable to attend or don’t feel comfortable doing so in-person, More Confessions From The Ninth Concession will be streamed live and also available on demand so that you can tune in from the comfort of your own home! 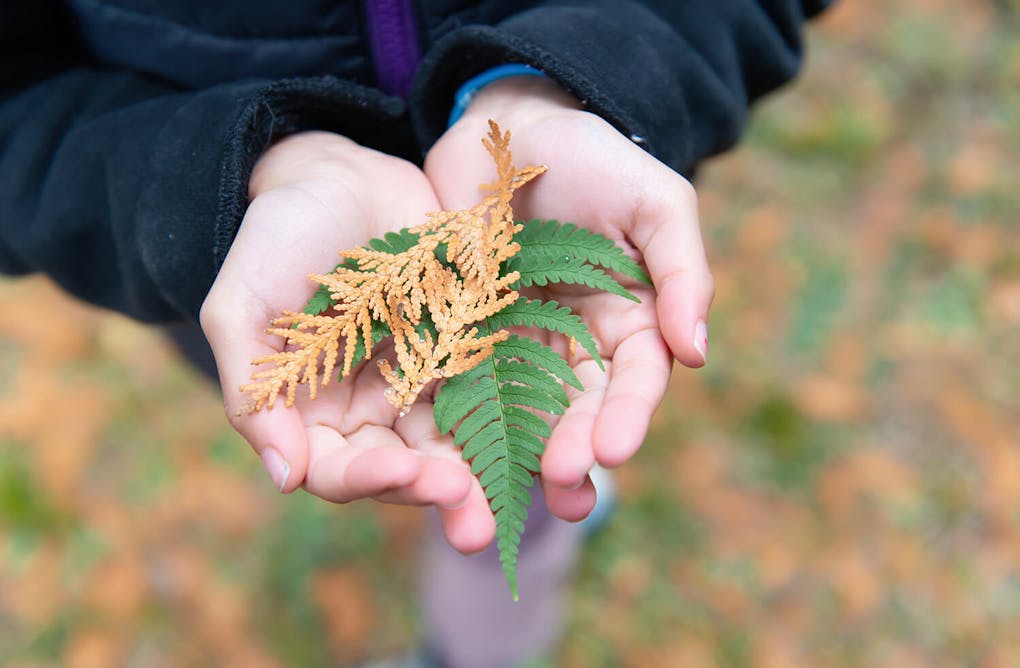 Whether you prefer to hike, stroll, cycle or run, there is a trail out there for everyone.